Pause for reflection... sort of

When I am busy with long translations, as I am now, by the end of the day I'm too "worded out" to find the energy to blog or start any creative project. So, it's a time for reflection, in which I lazily flick though art books. The one I'm flicking through at the moment is a colossal volume: Mariscal Drawing Life, and I'm finding eeeerie similarities with some of my stuff:

Posted by franvisions at 09:55 No comments: 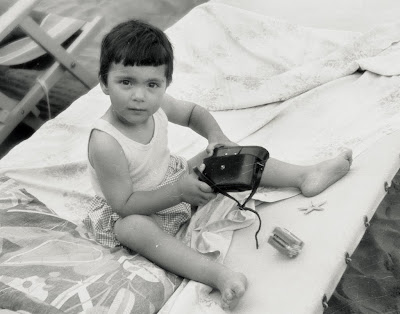 Was this my very first encounter with photography? I'm scanning tons of negatives, restoring pictures to a glory they actually never had, thanks to the power of digital. Old images are fascinating, full of bizarre details that go past the personal sense of history and belonging. Note the star fish next to my foot!


Posted by franvisions at 11:28 No comments: 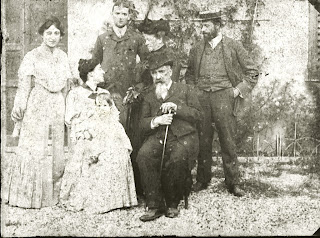 Venice was grey and white with fog and drizzly rain. I hadn't been there in winter since I was a little girl. It was strangely deserted, perhaps all the tourists are waiting for the carnival. We had intermittent heating in the flat, wearing heavy coats we searched drawers filled with forgotten histories, including this photographic plate that I managed to scan, a family portrait of some ancestors I know nothing about. Memory lane was sore and sweet, everything slightly or drastically different from how we remembered it, but in a way it didn't matter, as we still belonged, somehow, to it all. 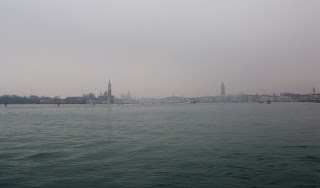 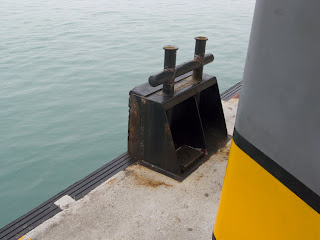 Posted by franvisions at 03:42 No comments:

To celebrate our 10th wedding anniversary we went to see The Big Sleep last night. I hadn't seen an old b&w film at the cinema for I don't know how many years. It's fascinating to see how little we've learned about filmaking since! The lighting was incredible and the settings perfect, every single prop had a reason to exist, such attention to detail. Really amazing. The clothes and makeup were beautiful. I've done a lot of period films as a background artist and we were never given clothes of that fit and quality. But then again not many of us have Bacall's waistline. What were women eating in those days to have such perfect bodies? Or were they eating? Of course in Europe there wasn't a great deal of food going around at that time, but I don't know about America. My grandmother kept a piece of bread from the wartime to show it to me and my sister when we were kids. I understood more about war from looking at that black, sad piece of stale bread then from what I was taught in school.
Posted by franvisions at 01:43 No comments: 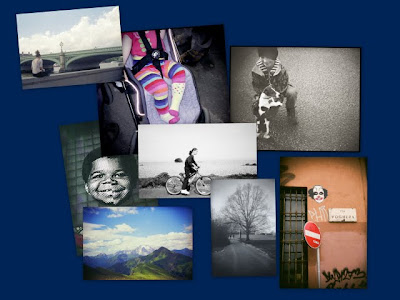 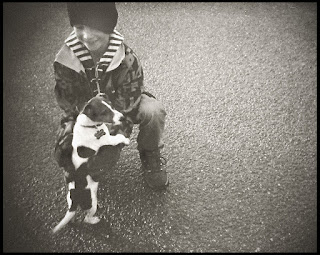 Before becoming passionate about photography, I had perhaps a couple of film cameras that were strictly used for holiday snapshots. So, after three years of digital photography, I really wanted to go back to basics or, should I say, go to basics for the first time. I got myself a lot of cheap range finders from the 60s, compacts from the 80s, and a few plastic cameras, like a Holga 135 BC and  Holga TIM, and had a lot of fun. I showed the results in a talk called "Plastic Francesca", at my camera club in October. You can see more images on my flickr folder called Holga, plastic and cheap cameras. 35mm is back in my life for good, although I will keep on using digital cameras, phones and what not, as well. Film is warmer and film cameras have all got their own personality. That's what I like about them. I also like the fact that they are usually much lighter and faster. You can take a few with you when you go out and if they break, so be it, they only cost a few pounds (or dollars or euros). I am not in any way a purist, though, I scan the film digitally and do as much or as little manipulation as the image requires.
Posted by franvisions at 05:33 No comments:

peru01
Originally uploaded by franvisions
2010 was not the best of years for various reasons, some of which, i.e. the gloomy economy, affected everybody to various degrees. Still, there were some very good moments for me, and here are some of the highlights. In February, I was lucky enough to be among the 55 artists who participated in the Regenerator II project. We were all sent an old book discarded from the Bower Ashton Library to alter in any way we wanted. The book I received was about the Chimu culture. The Chimus inhabited the area of Peru now known as Trujillo in 900AD and made the most bizzarre pottery. There were about 100 B&W plates in the volume. I therefore decided to let this guide my inspiration and created an imaginary journey through Peru. I have never been there, but luckily some of my friends, photographers and artists, had, and provided me with various material to play with, including a fascinating diary of a motorbike trip through South America. You can see three pages of my work in the archival pages of Regenerator II, together with the examples of the other artists' work. All of these books are on permanent display, if you happen to go to Bristol. The whole book can be seen on my flickr set entitled My Peru altered book. I worked on this project for a couple of months and it has been an amazing imaginary trip.
Posted by franvisions at 01:44 No comments:

Happy New Year, everybody. This is last year's Snowman. This year one had a hat and looked much more handsome, but he melted before I had the time to take his picture. I'm back at blogging after more than a year gap. That's because I was busy thinking!
Posted by franvisions at 09:45 No comments: