The Lost City of Z - my take on 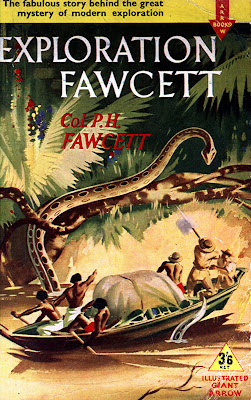 Quoting from Wikipedia: 'The Lost City of Z is a 2016 American action adventure biographical film written and directed by James Gray, based on the 2009 book of the same name by David Grann. It describes real events, about British explorer Percy Fawcett who made several attempts to find an ancient lost city in the Amazon and disappeared in 1925 along with his son on an expedition. It stars Charlie Hunnam as Fawcett along with Robert Pattinson as his fellow explorer Henry Costin and Sienna Miller as his wife Nina Fawcett.'


I'm no film critic, in fact I have very little knowledge of cinema, and never wrote a film review in my life. At the same time, I am very fortunate to be able to attend film previews, every now and then, so I feel sort of an obligation to share my impressions.

This film is amazing and deserves to be seen on a big screen, so, don't wait for the DVD to come out, like I usually do, go see it big, the bigger the better.

It's 1.40 minutes of total immersion into a world of adventure, discovery, war, deaths, births, love, envy, friendship and poetry, and what makes it extra magical is that it is a true story. Photography and settings are extremely powerful, and convey more than just a sense of history and place, there are human emotions, fear, horror, the unknown and the totally surreal, like an opera performed on a log stage in a settlement in the middle of the jungle.
Fawcett's journeys to charter uncharted territories are followed at a distance by his wife, whose poems accompany him and his companions. But the strongest piece of poetry is her quotation from John Browning: '...A man's reach should exceed his grasp'. In other words, you never entirely fulfil your dreams.

I have recently attended a workshop on mobile journalism where the photographic rule of thirds was, maybe rightly so, strongly advised. So, I took special interest in the framing of the scenes, because in most cases it seems to be crossing over to almost centre frame, leaving space between the character and the edge of frame. I think that conveyed a double effect, exposing the character to the unknown surround him, and crowding the centre of the frame to convey the sense of claustrophobia that the jungle gives together with its sense of vastness. Contrasting elements of old world and new world, 'civilized' austere world and dynamic, fluid and terrifying wilderness, snakes, panthers, piranhas, mosquitoes, but, most of all, humans in their might and vulnerability. The end of the story is almost a spiritual transition. Enjoy, be scared, angry, elated and mesmerised.

And, if you have a spare hour, it's definitely worth watching this talk by David Grann, the author of the book on which the film is based.